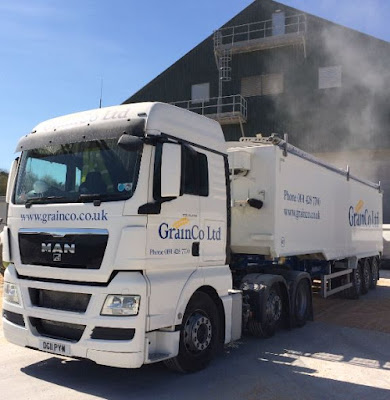 This last month has seen the development of a classic pre-harvest weather market whereby November’17 futures hit contract highs of £154/t in the middle of July before rebounding down by £7-8/t. With the effect of a dry summer period in both America and Europe yet to be fully understood, markets are tending to follow trader sentiment and the weather forecast rather than any fundamental evidence of lower yields or quality. What effect the dry weather has truly had won’t properly be known for some time, what can be predicted, however, is that markets will continue to be very volatile until much further progress is made through spring wheat harvests on the Continent and in the US.
Barley harvest began in southern parts of the UK at the beginning of July with growers on light and gravelly ground in the North not far behind. It is difficult to garner much from early yields or quality, but suffice to say that yields have not been spectacular thus far. Quality has certainly improved as time has gone on with later crops producing much better specific weights. Once again Cassia has so far proved to be the most consistent variety where quality is concerned and, with a lot of growers reverting back to it this autumn, seed may be in short supply.
The market for as-available barley has strengthened a little over the last week or two and benefitted from a slight down-turn in wheat values. £118/t is an achievable figure in Yorkshire at the moment with values further north £2-3 below this reflecting the differential in haulage. Given the large spread between wheat and barley and very little pressure on storage so far, most growers will be keeping hold of barley for the moment. However, as other commodities are cut, storage pressure may force some to sell to make space.
OSR harvest is slowly starting to begin in the north of the UK; wet and stormy weather in the latter half of July has slowed down crop senescence meaning that very little looks as though it will be fit until August.  Early yield results from the rest of the UK have been encouraging and, with values managing so far to hold well above £300/t for August, many growers may opt to sell OSR off the combine to aid cash-flow instead of selling wheat or barley.
As mentioned earlier, Cassia has once again produced the highest spec. weight barley sample through our seed-plant thus far. Tower and Glacier have shown themselves to be vulnerable on early land but as later crops are cut, quality and yield are both improving. Wheats won’t begin processing for a couple of weeks; both Basset and Barrel have almost sold out and LG Motown is also proving very popular with only a limited amount of seed available this year. Lili and Graham currently look like the most popular first-wheat choice here in the north with Siskin and Dickens fitting into the second-wheat slot.
With greater focus on harvest, the fertiliser market has plateaued for the time being; UK AN values for October delivery remain around £195-200/t and imported product still £5-10/t less.  Urea has taken a drop in price back to £210-215 onto farm which, against AN, looks very competitive. Sterling reached record lows against the Euro at the end of July which will no doubt affect the competiveness of imported AN and Urea in the short term. Sulphur N and compounds remain unchanged and it seems unlikely that these will vary much in the coming weeks.