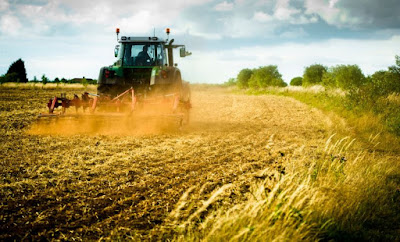 As we reach the end of September, the 2017 harvest is still very much alive. Having boldly claimed at the end of August that ‘September will be the month’, I can probably count on one hand the number of actual combining days there has been. At the time of writing there is still both spring and winter wheat, spring barley and winter and spring beans left to cut. Any hope of malting or milling premiums for these crops has long since disappeared and it is ever increasingly becoming a salvage operation.


The difficult weather is also starting to have a potential knock-on effect for next year’s harvest; Oilseed rape (OSR) drilling has been abandoned and land ploughed for winter cereals will need an extended period of dry weather if it is to be drilled as intended.


Wheat markets have firmed a little over the latter half of September; the fundamental demand from both Ensus and Vivergo mean that feed wheat is always in demand. Depending on locality to either plant, values for November range from £144 to £142 per tonne. It is hard to see this demand waning a great deal and with plenty of consumer-buying still to take place, the downside looks relatively limited. The greatest threat to domestic wheat prices comes from overseas, with the pound strengthening against both the euro and dollar Russian wheat is only £4/t above UK values.


Barley has also firmed a little, supported by increased consumer buying and a slightly smaller feed barley crop. Depending on locality, November feed barley is worth between £125-127/t ex farm. Again, the upside will be limited, especially if wheat values remain relatively static. It’s worth noting that in July, as wheat peaked at £153/t for November, feed barley was worth £30/t less. Now, the differential is as little as £15/t (depending on location). With this in mind, it could be argued that barley is a better sell in the short-term over wheat, having closed the gap to wheat so significantly.


Oilseed rape (OSR) has suffered somewhat over the last month with November values falling to £314/t at the time of writing; a drop off of over £10/t. This can largely be attributed to imports of foreign OSR depressing the UK market, but with few farmer sellers, it is difficult to see these values being eroded too much more.


Due to the inclement weather, the spring and winter bean harvest has been a little stilted. Human consumption beans will be worth around £180/t with feed beans at a £25-30/t deduction. It remains to be seen what effect the weather will have had on the quality of the spring bean crop and subsequent premiums for human consumption quality.


Early-buyers of fertiliser have certainly benefitted this year with UK AN likely to be around £230/t onto farm when new terms are released. Urea is a similar story with values up to around £260/t as buyers chase to cover their sales – values are expected to drop back a little though once trade has settled down.  In May, I mentioned that given the historically low price-ratio between November’17 wheat and Autumn UK AN (1.27t of wheat to buy 1t of UK AN) it was a good time to buy fertiliser and sell wheat against it. Looking at that ratio now, with a £50/t increase in the price of UK AN and little change in the value of November’17 wheat, it would require 1.60t of wheat to buy 1t of UK AN.


The inclement weather is certainly starting to make growers rethink additional seed requirements for autumn-drilling. It is more likely now that growers will shift to varieties with a more ‘flexible’ drilling window such as Siskin or J B Diego which can easily be drilled throughout autumn and into winter.
Tel: 0191 4287700