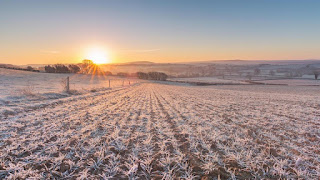 January has seen a firming in spot value of feed wheat; £145-147/t (depending on location) is quite easily achievable. This is purely down to buyer’s taking cover hand-to-mouth as there is very little carry further forward in the market. The inflated spot feed market is also highlighted by a disconnect between physical and futures markets; May’18 London wheat futures are currently trading at £139/t. In the last couple of months the futures market has dropped by around £10/t whereas the spot value for physical wheat remains relatively stable and looks likely to remain that way for the next month.
Oilseed Rape (OSR) has been the whipping-boy of the last couple of months with spot-values currently around £293/t, a drop of over £30/t from the highs seen in early November. It is difficult to say exactly what has caused this drop-off with very few sellers at these recent levels; there has been talk of imported Australian canola coupled with increased imports of Argentine bio-diesel, but nothing certain. The pertinent point however is that there is still at least another five months until there is any new crop OSR available in the UK, and given the inherent volatility of the OSR market, you would like to think there would an upside swing at some point.


Imported ammonium nitrate (AN) continues to offer good value against UK, with at least a £10/t differential between the two. It would be hoped that with the recent strengthening of the pound imported AN and compound will remain competitive.